What is PIP and How to Install pip3? (The easy way!) 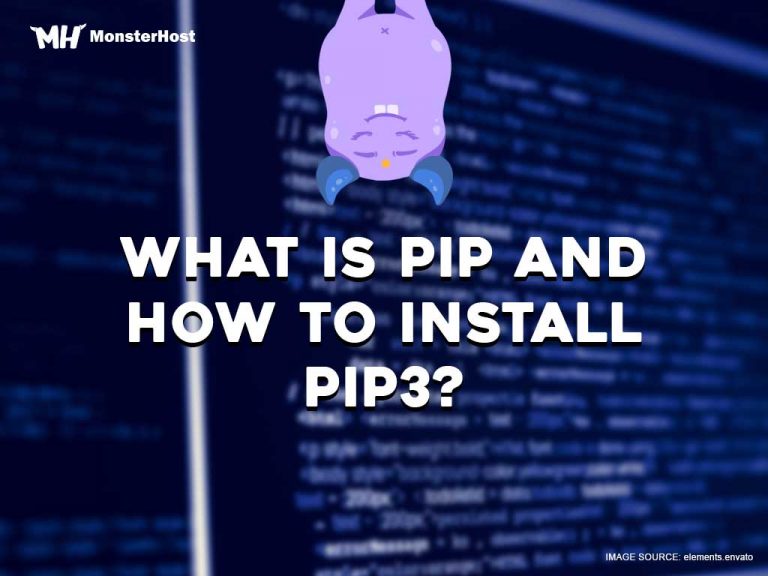 A good programming language is hard to find, but if you’re serious about being a programmer or web developer, and you’ve already got your hands on some great web hosting to store all those websites you’ll end up burning through in your early days, it definitely helps to know more than one language. Python is a great programming language for beginners, because it’s less intimidating than most of the other languages you’ll eventually have to work your way through. And if you want to get better at Python, you’ll want to install PIP3. (And yes, PIP is better than easy_install.)

PIP is a package manager for Python, which means it allows you to install and manage libraries and dependencies that are supplemental to the standard library. (A package contains all the files you need for a module, and modules are Python code libraries that you can include in your projects.)

The Python standard library already comes chock full of packages and modules to help with your scripts and applications, but because the Python community is super active, people are constantly developing additional packages to make things easier. PIP is to Python what npm is to JavaScript and gem is to Ruby.

Why install pip3 instead of using easy_install?

It’s definitely worth your time to install pip3. Remember: PIP was designed to be a replacement for easy_install and to solve many of the problems it caused.

Here are some more reasons you should definitely install pip3:

All of these benefits make it totally worth it to install pip3.

Is it difficult to install pip3?

Not at all! Python is a programming language whose whole reason for existence revolves around user-friendliness. You don’t have to be at all intimidated by the fact that you’ll need to install pip3.

Things to bear in mind before you install pip3:

How to install pip3

If you’ve successfully installed Python3, the program should run, and you’ll now have access to pip3!

How to configure pip3

Copyright © 2021 Monsterhost.com
A brand of Zonat S.A. All Rights Reserved. *Except where stated, all prices exclude VAT

Copyright © 2021 Monsterhost.com
A brand of Zonat S.A. All Rights Reserved.
*Except where stated, all prices exclude VAT

We could not find any results for your search. You can give it another try through the search form above.