Securing your site: How costly are Cyber Attacks? 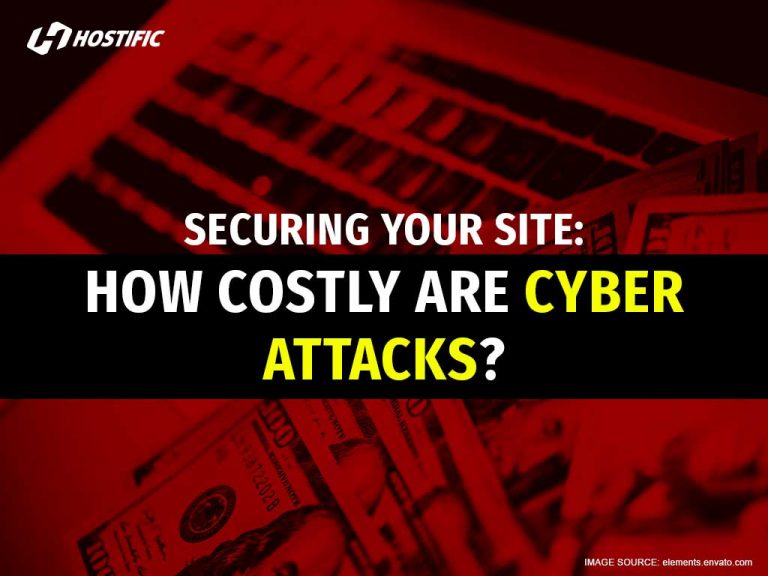 Cyber attacks are defined by Ninth Annual Cost of Cybercrime Study as, ‘malicious activity conducted against an organization through the IT infrastructure via the internal or external networks, or the Internet.’ To secure your website, first you need to understand what cyber attacks are and what they do to websites and companies. Cyber attacks come in different forms and the impact varies. There are viruses, spam, identity fraud, DDoS attacks, malware, ransomware, social engineering and phishing and the list go on. Each attack has a different name and the approach may differ too. However, the one thing they all have in common, is that they are designed to cause damage.

The digital landscape is changing and cyber criminals are changing with it. Designing even more sophisticated and dangerous cyber-attacks. But there are three specific factors within the landscape that are driving the changes seen in cyber attacks. Attacks are evolving based on what their target is, how organizations are impacted and the methods by or through which the attack is carried out.

Targets: While information theft tops the list of cyber crimes’ most expensive and fastest rising consequence.

Your data is not the only thing under attack. Cyber criminals are also going after core systems in an attempt to disrupt and destroy.

Impact: Cyber criminals are not simply stealing data and copying it anymore. Their aim is to attack data integrity or prevent data toxicity and so stolen information is being destroyed and in some cases changed. The aim is to cause distrust between organizations and their customers, which is one of the biggest and most costly effects of cyber crime.

Techniques: The human layer is the weakest link in cyber defense and cyber criminals are adapting their attack methods to take advantage of this. They do this through the use of increased phishing, ransomware and social engineering attacks which get them through the door of your system. Simply put, cyber criminals are launching new technologies quicker than they can be secured.

How costly are Cyber Attacks

In Europe and the US this year alone, the average cost of all cyber attacks to businesses with a total staff ranging from 250 and 999, stands at 715 thousand dollars. In 2014. The Wall Street Journal projected that the cost of cyber crime in the U.S. alone was at least $100 billion dollars. However, some other reports say the cost is ten times higher.

A year later, British insurance company Lloyd’s, estimated that businesses lose as much as $400 billion each year as a result of cyber attacks, while others in the field put the yearly cost as high as $500 billion. In 2016, the cost ballooned and this was evident in the US, for example, where a report from the White House said cyber attacks cost the country between $57 billion and $109 billion for that year.

The figures could actually be higher as not all hacks and breaches are reported. Out of fear of the negative effect cyber attacks can have on their reputations, revenue, customer acquisition and retention and their recruiting ability, some privately held and unregulated companies choose not to report security breaches. But, whether reported or not, cyber crime is a major deal. It is getting more frequent, more difficult to fix and costing businesses more every year.

More recent data from the Ninth Annual Cost of Cybercrime Study reveal that the average cost of cybercrime increased by 1.4 million dollars over the past year, jumping to 13 million dollars. The 2019 study analyzed says the average yearly cost of cyber attacks increased by 29 percent in the US in 2018. This means that at US$27.4 million, the US is still the paying the highest price for cyber attacks. However, while the cost is highest for the US, at $11.5 million, it’s businesses in the UK that experienced the highest rise – an increase of 31 percent.

In Japan, cyber attacks costs jumped by 30 percent. This means, an average, cybercrime is costing each organization US$11.5 million. Germany on the other hand saw a decrease in 2018 costs compared to 2017 figures. This was due to a significant investment the country made in 2017.

Does the cost associated with cybercrime differ based on the type of attack?

According to the Ninth Annual Cost of Cybercrime Study for 2019, it does. The study says, in general, it identified malware as the most frequent attack. It was also the most expensive to fix in most countries. In fact, over the last year, the price for malware attacks increased by 11 percent, costing organizations an average of US$2.6 million annually. We cannot leave out malicious insider attacks, as they too are on the rise. Over the last year, they experienced a 15 percent increase and now it costs companies a yearly average of $1.6 million. As you have seen, each type of cyber attack comes with a different price tag. So when the numbers for 2018 were calculated, cybercrime cost companies a total of US$13 million.

Over the next five years, it’s projected that, across industries, the total value at risk from cybercrime, globally, will be just over US$5 trillion. The costs associated with cyber attacks as significant. As a result, they are labeled as one of, if not the greatest threat to every company in the world. This means that if your business uses the internet, you are at risk. If your website, no matter how small, makes money, you are a target for cyber criminals. Why? Because truth be told, cyber criminals do not discriminate.

How to avoid paying the cost of cyber attacks

The Ninth Annual Cost of Cybercrime Study reported that organisations can do more to reduce the costs associated with cybercrime. The main thing is improve cyber security protection. By doing this, they not only reduce the costs, but open up new opportunities for revenue. But how do companies go about enhancing security in an effective manner that it ends up reducing losses?

Cyber attacks are increasing in frequency and costs, but proactively investing in the right tools to improve protection, can result in fewer attacks breaching defenses which ultimately leads to a reduction in the cost of cyber crime. 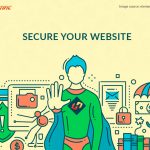 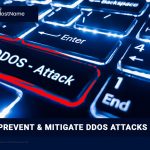 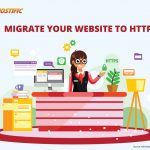